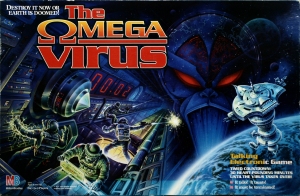 When I was young I was obsessed with board games. Putting aside the old reliables of Monopoly, Clue, and their ilk, I also had a ton of cool concept games. The games that appealed to me where the ones that looked the most complex. Often putting the games together took longer to do than actually playing the game. In the case of the game “Mouse Trap” it was more fun to actually set the trap up and have it go off than it was to play the game. I had so many games that I didn’t have much room in my closet, so I stacked them up in rows under my bed. While many children were scared of what was under their bed, I knew exactly what was under mine. 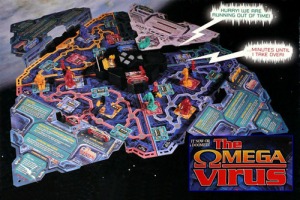 One year for Christmas, I received a cool game called “The Omega Virus.” Now this game wasn’t based on any property, but it looked extremely cool, and that’s all that really mattered. Taking a sci-fi premise and combining it with electronic gameplay, The Omega Virus was a very convoluted, addictive game that I played countless times in my childhood. Ask yourselves, how many board games came with a combination of a comic book and instruction book? Because this one completely does, showing all the backstory of the game in the form of a comic book. 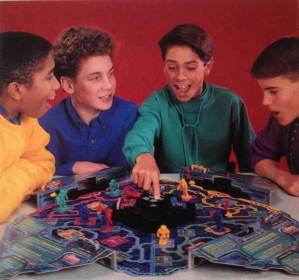 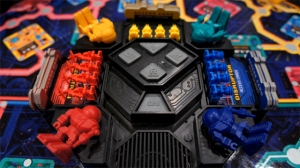 The rules of the game are really complex, but somehow they were completely understandable for my 8 year-old self. As such, it would take me too long to explain in detail the way the game works, so I will discuss it in broad strokes. The game is a timed one. You have a half hour to win the game, or the evil Omega Virus wins the game and everyone else loses. There can be up to 4 players, with each player having a different color – blue, red, green, and yellow. What’s interesting is that all players have a common enemy, but only one player can ultimately win, so there is a combination of working together and fighting against each other as you get deeper into the game. 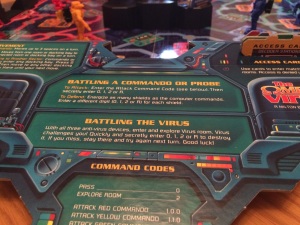 The object of the game is to collect three access cards and use them to go through any room and locate three items that are all needed to destroy the Omega Virus. On each turn, a player goes to a room and enters the code of the room searching for an item inside. Sometimes you find nothing in the room, other times you find the items you are looking for. Throughout the game, you write down the room numbers you already visited so you don’t waste your time looking through rooms you already visited. 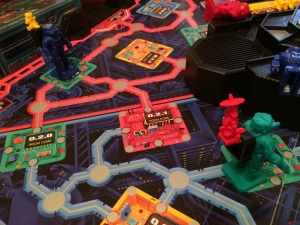 A fun aspect of the game is the electronic component. Since the game is a timed one, there is a countdown element to the game. The Omega Virus itself tells you how much time you have left, and periodically taunts the players. Another part I really liked about the game was the design of the game. Milton Bradley went all out on it. It is a very nice to look at, from the tokens, to the circuit boards, to the electronic base. It can’t be said enough how important the aesthetic appeal is when it comes to selling board games. When a board game comes out that isn’t tied to any property, it has to stand out and draw attention from the demographic that will determine its success – children. Well, I remember being incredibly excited upon receiving this for Christmas, so mission accomplished. 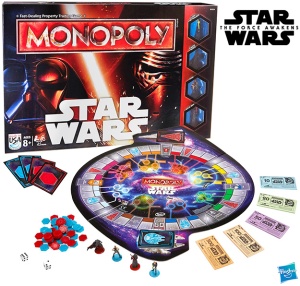 Now, board games have pretty much been decimated by video games. When you enter the board game section at any store you see the mainstays, like Monopoly, Clue, Battleship, Risk, and others. Instead of creating a new board game for a property, they just create a themed version of an old game. I have a few like Star Wars Monopoly, and The Office Clue, but in general, I don’t have many board games anymore. It’s just not the same when you can play a crazy, convoluted game with a group of friends when you have the free time.