I love the summer movie season. I know it is looked down upon by serious film fans, but I always like watching the major movies that the studios put out each summer. Of course, some summers are better than others. How well we remember a summer of movies comes down to the quality of movies released. In the 90s, my memory is that most summers, there were a few memorable movies, surrounded by a ton of forgettable movies. Looking back at the summer of 1998, I was surprised that I remembered most of the movies that came out. There was already the template that each summer consisted of: big movie first week of May, big Memorial Day movie, Mid-June Disney animated movie, big 4th of July movie, but there were several that stuck out that were unexpected, so I thought it would be a good idea to take a look back and see the movies that audiences went wild for 20 years ago. 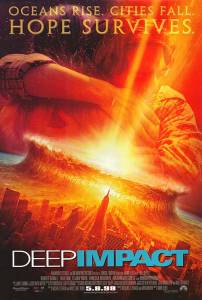 This was a few years before the era when a superhero movie would take over the first week of May and kick off the summer movie season, and a few years after Twister kicked off the first big action movie of the summer hits on the first week of May. It is also the first of two similar themed movies hitting theaters in the span of a few months. It is pretty much an old school disaster movie. With a variety of characters in different places dealing with the impending arrival of a comet hitting earth. This isn’t what I would consider an “exciting movie” but I think it’s fine. It is not an embarrassment. The problem is that it isn’t really memorable. The only thing I found truly memorable looking back, was the shot of the comet hitting the earth. I don’t think there’s too much wrong with this movie. I like the overall storyline, and the cast all do a great job, so we end up with is a solidly middle of the road movie. 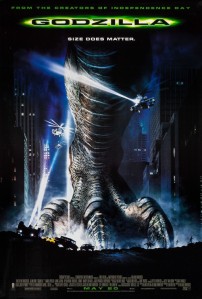 This was easily the most hyped movie of the year. Coming fresh off the smash “Independence Day,” Roland Emmerich tries to reinvent Godzilla with the then latest visual effects. But even all the hype in the world could make this be a major hit. It was a complete disappointment both quality wise and at the box office. The biggest problem with this movie is two fold, for one, it was way too goofy. With Independence Day, there was a good amount of comedy along with the drama, but with Godzilla, there was way too much comedy, and worst of all, the comedy is BAD. When the joke of Matthew Broderick’s character having a last name that is mispronounced again and again throughout the movie, it is a bad sign. The second is the lack of screen time for the Godzilla, itself. You think it would be a straightforward giant monster in the city movie, but you would be wrong. Once Godzilla “attacks” New York City, which is basically it walking around while the military destroys New York City by missing Godzilla with its weapons, Godzilla just vanishes. How can a giant monster just disappear? Who knows, but it basically leads to a Jurassic Park style rip off featuring baby Godzillas in Madison Square Garden. What a disappointment.

I really liked this movie the first time I saw it, but as the years passed my estimation of it has grown. I would say now that this is my favorite movie of 1998. This is the most forward thinking movie of the year, presaging the era of reality television and our attachment to celebrity. This is during peak Jim Carrey era, so the fact that this movie is more thoughtful and different than the other zany comedies that Carrey was doing at the time maybe rubbed some people the wrong way. I would recommend watching this movie again and letting it wash over you without any expectations.

The X-Files: Fight the Future

This was my most anticipated movie of the summer. I was a huge X-Files fan back in the day, so I built my whole summer around this movie. And while I can’t say it lives up to the best of The X-Files TV show, it certainly works. What hamstrings this is the idea that they made it a “mythology” movie, and not a “monster of the week” movie. I think there was a possibility to make a kick ass stand alone movie that didn’t require knowledge of the regular series and would draw new fans to the show, but they decided not to go that way. Having said all that I think this movie is about as good as a “mythology” episode could be brought to the big screen. I think it is understandable enough that a non fan would not be completely lost, but obviously fans will get more out of it.

This came in at the tail end of the classic Disney animated era that hit its zenith with “The Lion King” in 1994. At this point, I saw these movies out of habit, but this was one of the last that I made it a point to see in theatres. It is pretty good. Not one of the classic animated movies, but it has several very good moments and songs in it. 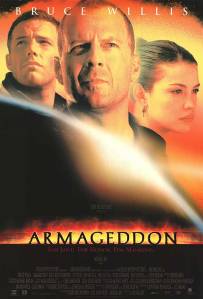 Deep Impact’s bigger, dumber cousin, and also much more entertaining. This movie is pretty fun from beginning to end, although I prefer the first half of the crew training to become astronauts to the second half “saving the world” mission. This is almost as much of a comedy as it is a save the earth movie, but unlike “Godzilla” the comedy here works. This movie is also filled with fun performances by good actors. The ensemble here really carries the load of the movie, even when it gets into the more cliched final act of the movie. 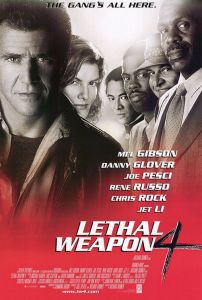 Does anyone remember this movie? I remember seeing it in theaters for some reason, but I can’t recall a single thing that happened in it. It is clearly a paycheck movie for all involved. There really is no compelling reason for this movie to exist, and that holds true to this day. Can you remember the last time you thought about this movie before I mentioned it?

The movie of the summer. It is hard to understate how influential this movie has become. Every war movie from after this movie has to be compared to this movie. The opening has gone down in cinematic history, and for good reason. It is surprising that this was a summer release, as pretty much since this movie, Oscar hopefulls usually hit the screen closer to the end of the year.

I find this to be an underrated movie. It reminds me of Gremlins, and not just because Joe Dante directed both. Like Gremlins, it is about a small town under attack by tiny creatures. In the case of Small Soldiers it is about toy soldiers who go berserk after a computer chip implanted in them defects. This is a genre that I tended to enjoy, so I was on of the few to see this in theaters when it first came out, since it ended up being a box office disappointment. One sad note here is the posthumous appearance of Phil Hartman, who died a few months before this movie came out.

The Mask of Zorro

After the bombast of Armageddon and Lethal Weapon 4, here is a straight forward, old-fashioned action movie. I actually see this as the best example of an old character being resurrected on the big screen in the 90s. Hollywood tried with “The Phantom” and “The Shadow” but those movies were too bogged down in mythology, whereas this is easy to follow and filled with great action scenes and sword play, in opposition to the more “modern” action movies surrounding it.

There’s Something About Mary

Talk about a movie that is a product of its time. Looking at this movie from the modern vantage point, it is pretty tame, but at the time of its release it was considered especially raunchy. I guess it’s a sign of how far our culture has come that this movie comes across as quaint today. I’ll be honest, I never found this movie as laugh out loud hilarious as many did when it came out. I much preferred the Farrelly brother’s previous movie, “Kingpin” over this one. But this movie did hit at the right time and became the underdog success story of the summer.

This is the overlooked story of the summer. You could argue that this one movie led to the Marvel domination of today. A year after the one two punch of Batman and Robin and Steel nearly killed the genre, this movie showed that a movie based on a minor, unknown comic book character could work. Wesley Snipes obviously had a full career before this, but this is the one I remember him for. I really cannot picture anyone else as Blade. This is pretty exciting and well made movie. I think the climax is a little weak, and the best action scene occurs at the beginning, but Snipes carries this movie over the finish line.