If there’s one thing I learned through the years about Lucasfilm, is that they are very shrewd when it comes to making money. I noticed that they came up with reasons to re-release the original trilogy on video and laserdisc. In 1995, it was the last time you could be able to own the original … END_OF_DOCUMENT_TOKEN_TO_BE_REPLACED 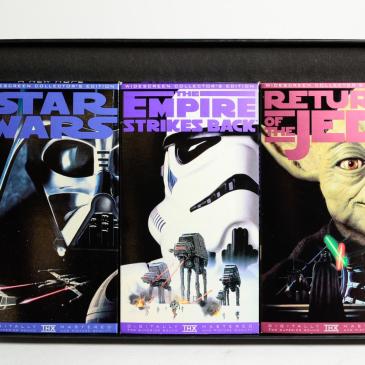 Twenty years ago in August of 1995 Star Wars fans were at a pivotal crossroads that few of us would actually have believed at the time. 20th Century Fox and Lucasfilm announced that they were going to release the original Star Wars trilogy for the home market one last time. The release was in the … END_OF_DOCUMENT_TOKEN_TO_BE_REPLACED